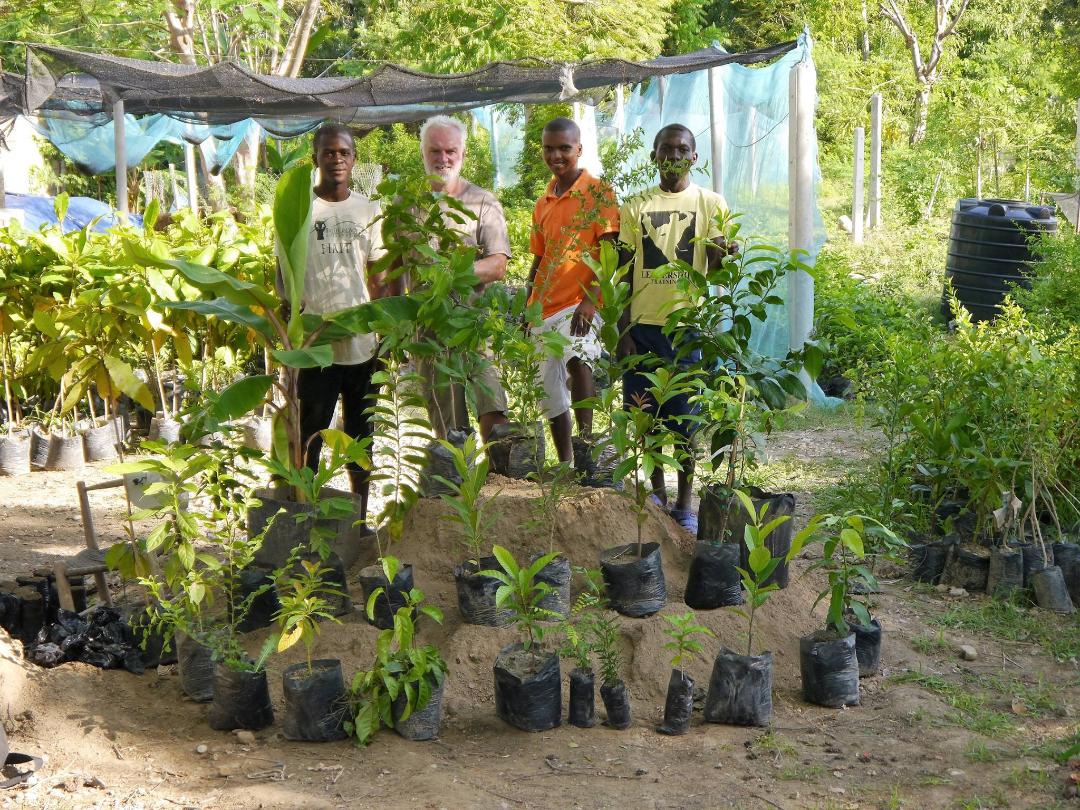 Here we are displaying one of each tree variety we had in the nursery.

In the fall of 1996 I read the Christian story "In His Steps" by Charles Sheldon.

I decided to put it to the test. I took a retreat for a few months in a cabin in Northern Michigan in the fall of '96. I came out knowing I was to give everything away and wait on God for direction. Taking that step was so liberating. I went back to the cabin. Weeks later God was saying go to Haiti. I went, no plans in January of '97. Single and with no project or direction. I knew that would come. I lived there for 23 years, setting up a board back in Michigan and fundraising. I learned the language by immersion.

Over the years "we" (I hired Haitian staff) gave out water filters, facilitated a pastor training seminar, grew and gave away hardwoods, then fruit trees. We had as many as 30 varieties of fruit. We went on to give away thousands of fruit trees! The people cut down the hardwoods for lumber or fuel. With the fruit trees they would leave them growing, putting fruit on the table as well as increasing their income. Many kids went to school as their families generated the income to pay for school!

In 2005 I married a Haitian lady. She didn't know any English.  In March of 2018 I was run over in Haiti. My board of directors, not having insurance, shut down. I continued, out of pocket, to support my Haitian friends in the tree nursery. The board had given away our mailing list and would not let me use it. Although living in Michigan now, we converse to this day in Haitian Creole.

For the tree nursery I had purchased fruit trees in the Miami area and placed them in mailing tubes and labeled them, placing them in my suitcase. Never had any problems. My favorite trees were the Jujube, black sapote, rambutan, and Canistel. I mention this only for those who assist in Haiti (jujube tastes like a crisp green apple yet grows in the heat of Haiti!). To this day I assist those working in Haiti with advice on trees. I was one of few experts on fruit trees. My dream would be to form a new board and continue with the fruit tree nursery, giving trees away to the poor.

God told me to go, told me to marry Ficilta, and protected me over the years and even when I got ran over. He also had told Ficilta as a child that one day she would marry a missionary! Neat how He works! I'm now on disability and Ficilta is working in a factory.

At one time I had a neighbor family that took in a female child to serve as a slave (Haitians call it a Restavek). I befriended her and she eventually worked in our tree nursery. I had hoped to adopt her. Didn't work out.

I own about ten acres in Verrettes and would cover it in fruit trees to act as a seed bank. In future years the land would produce seed for future trees. I had started to build a guest house on the land before my accident. It's sitting there, incomplete. Would love to finish it some day and lead teams down. (it's far too violent to go now as gangs have taken over. Kidnapping is now a common occurrance).

I hosted many teams over the years, Hope to lead groups in the future! 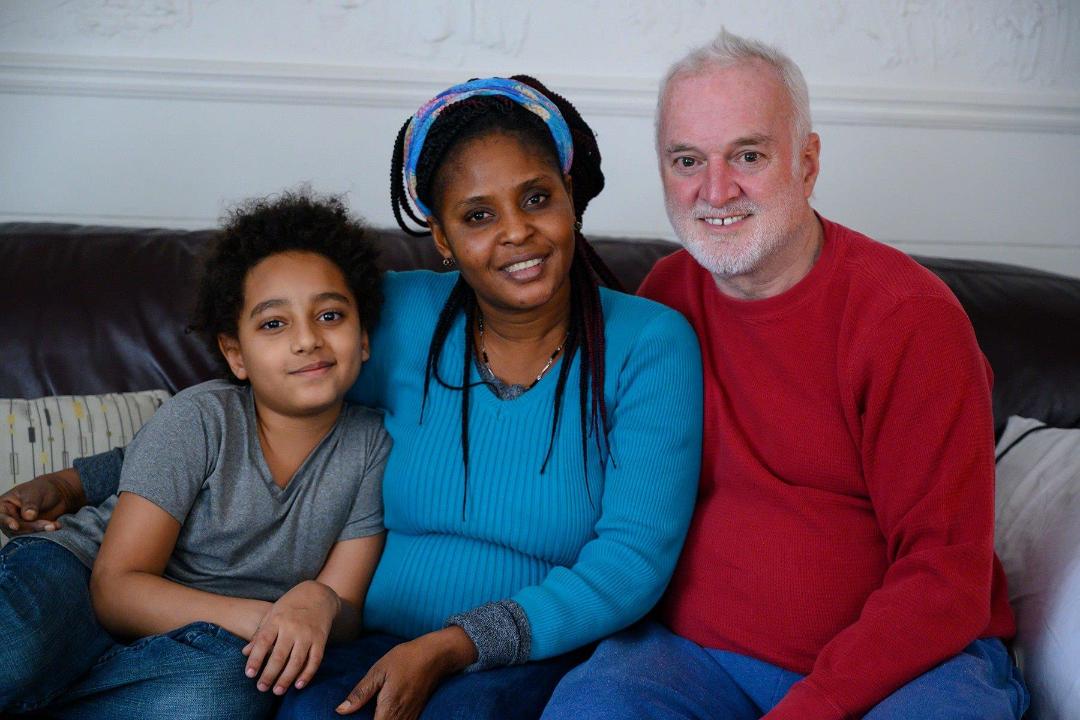