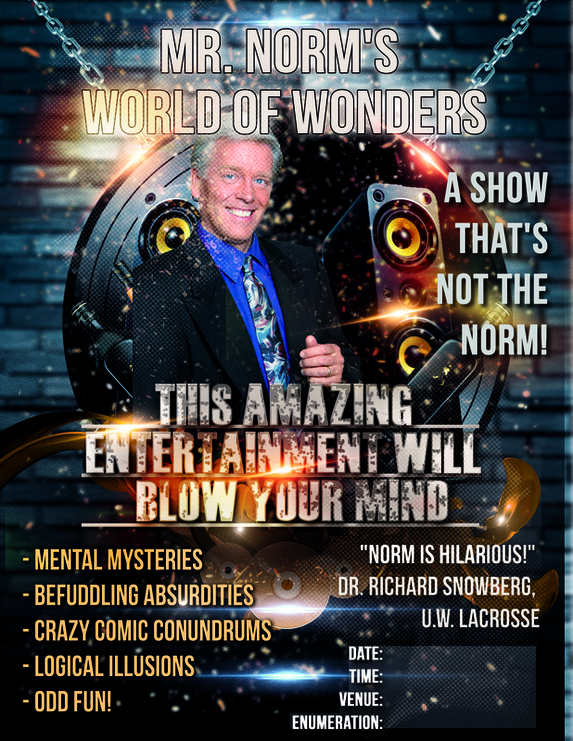 Your Students will Enjoy the Magical Comedy and Amazing Fun.

Comedy Night is a way for students to break away from the stress of studies.  Laughter refreshes the mind and makes it renewed and ready for more study. Yippie!

Bring a comedy night to your college and your students will experience lots of laughs as they connect with old and new friends.

Comedy Entertainment for Colleges that is lots of laughs
and yet, clean comedy that will inspire your students.

"We have had Norm's magic here several times and it has always been a blast. Norm delivers each show with humor and keeps audiences captivated and involved the whole way through. His roving show allows you to have a high quality event without a dedicated venue. Your students will be amazed at the magic and the comedy. I highly recommend him for your next event. We will definitely keep inviting Norm back to our campus."
Chris Mikkelsen - Kopp Student Center Director
Normandale Community College - Bloomington, MN

"Norm's magic was Awesome!"
Thomas Hammock - U. of M. Running Back Coach

"Your great performance was well received by our students. Thank you for the great show."
Kristy Modrow, Director of Campus Activities - Century College

“When we invited Magic Norm to our University we had no idea we were going to laugh so hard! The college students loved Norm’s performance, and were genuinely amazed by his magic. I would definitely recommend Norm to anyone’s next entertainment event. He’s great!”
Bethel University. St. Paul, MN

"Norm entertained at our "Red Mountain Madness" Spring Carnival at Mesa Community College. The students were smiling and laughing while being amazed by the magic. He was a great addition to our event. We recommend his talents to anyone." - Erica Horihay - Coordinator of Student Life. Mesa Community College Arizona

"PHI THETA KAPPA loves your magic! My mind is blown! How did you do it?"
F.S. - Student Mesa Community College Pheonix, AZ 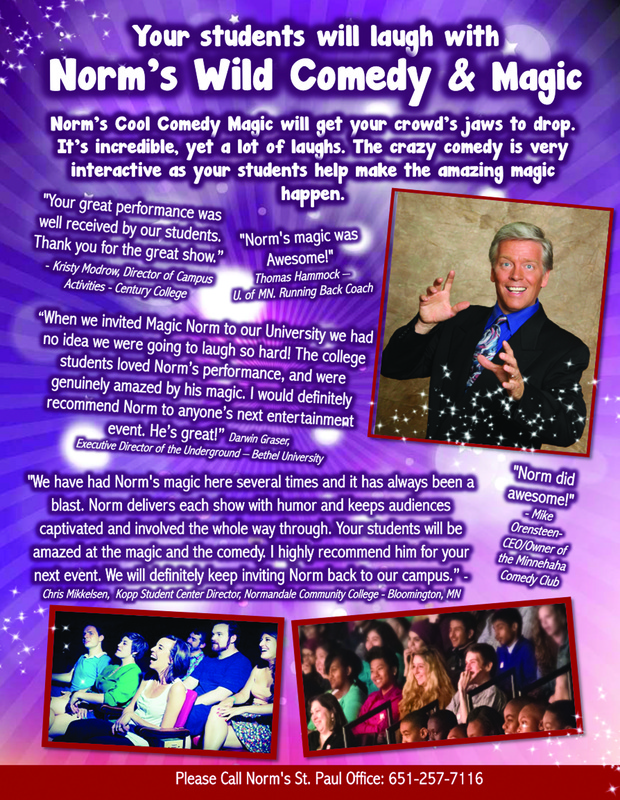 Please call us for Comedians for your University or College Group.

Comedy for your university students and college crowd in Minnesota and Wisconsin.

"It was Awesome, I saw norm at NDSU and it was Awesome, His tricks were so cool, I was excited that he was here.”  Student at North Dakota State University

"I saw Norm’s Magic show and it was the best!” Student at NDSU

"Norm’s tricks were really awesome tonight, they really blew me away." - NDSU student 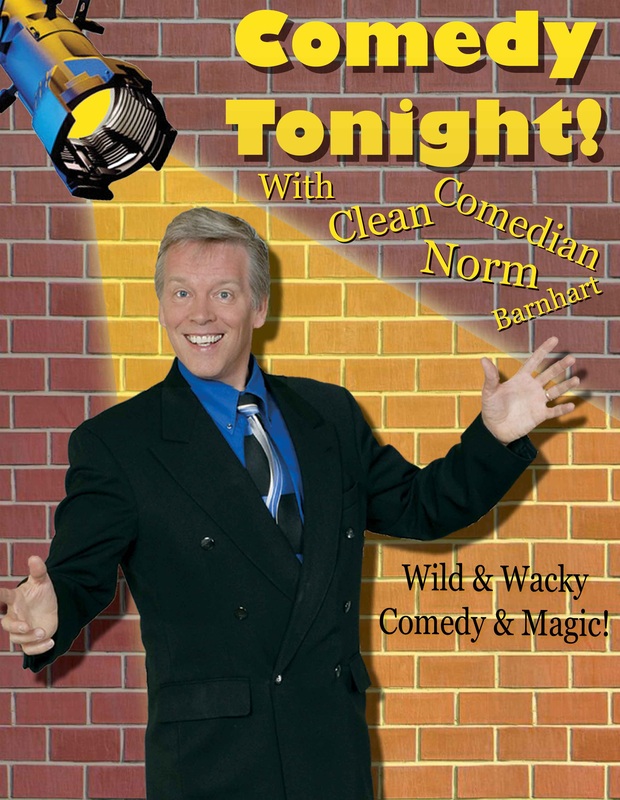 Cool College Comedy in Minnesota and Wisconsin  - Please call for availability. This is Sophisticated Comedy Entertainment for Colleges and Universities in MN & WI.