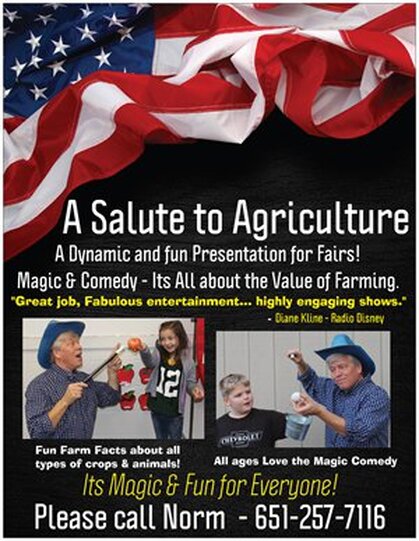 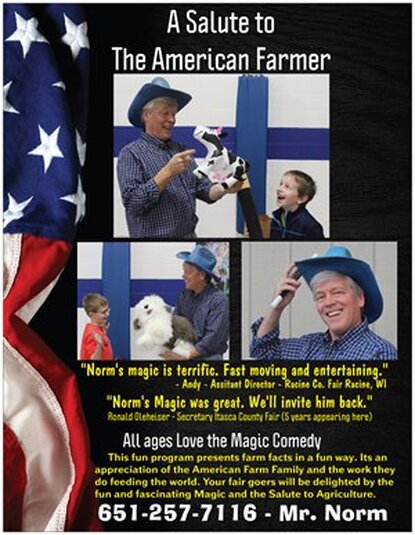 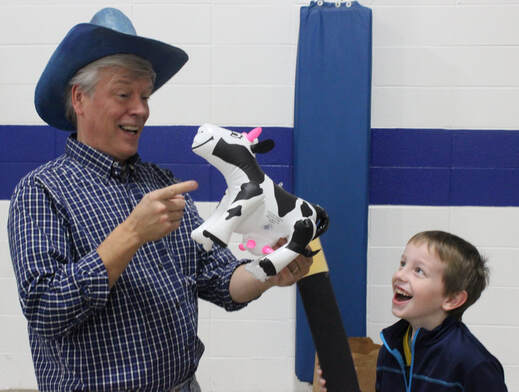 Yes, this cow does a crazy comical magic trick and we learn about dairy farming while having fun with the tricks. 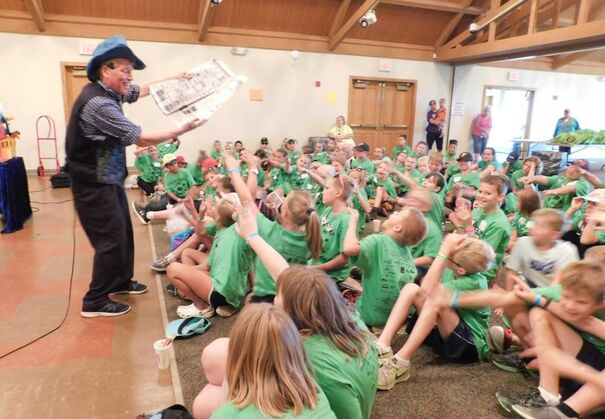 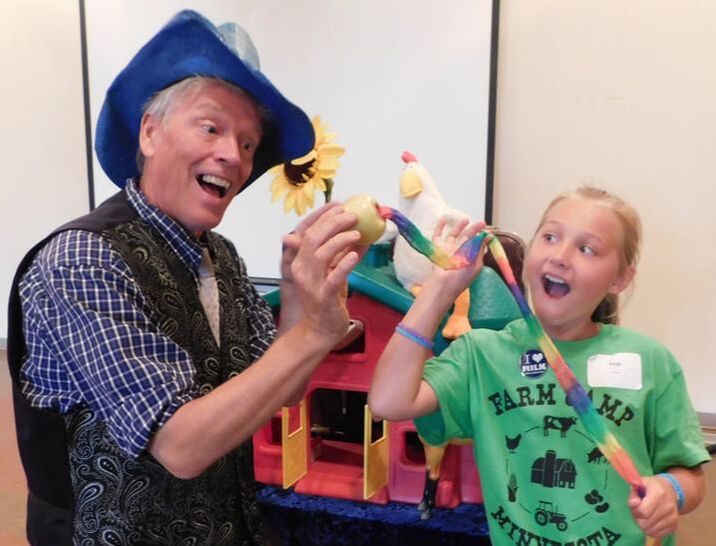 That nutty comedy magician, Mr. Norm will be at Forest Lake’s Central Park bringing his unique and funny tricks on Tuesday, June 28 for Artists in the Park series.
Mr. Norm will do a few of the classics of magic such as the Magic Rings, and also do his own magical inventions including the Mind Reading Chicken, An Instant Cash Illusion and the Silly Snow Man. It is magical fun for everyone.
Mr. Norm says, “The neat thing about Magic is that it makes everyone feel like a kid again.” He entertains for company banquets, as well as family audiences such as scouts, schools, churches and county fairs. He says, “Laughter is so good for people, it lifts the spirits and gives families a shared fun moment.”
All ages enjoy having fun and enjoy the sense of wonder that an illusionist brings. “One weekend recently I entertained for two birthday parties – one for a very sweet 90 year old woman and her family and another the next day for a 95 year old gentleman and all his golf buddies and friends. He was in the action during World War II.  I enjoy meeting so many fun people see the smiles and hear the laughter. I really love being a part of people’s special celebrations.”
Last year he was the after dinner speaker and entertainer for the Engineer of the Year Awards at 3M. “One woman who won this special award had 22 patents and a gentleman built two factories from ground up in one year.  They each participated during the show as I taught them a trick to present to their colleagues.  The trick they did was a success and it went so well with their new magical skills that the audience’s jaws dropped in amazement and gave them an ovation. I like to share the magic and empower people to participate and discover their magical abilities.”
Mr. Norm also is invited by entertainers to teach them his magic inventions and comedy techniques. In the past few years he has performed for and taught magicians and entertainers at their conventions in Vancouver, Hong Kong, England, and Orlando. “Entertainers need a recharge and it is fun to bring the comedy show to magicians and family’s entertainers. I have some unique tricks and the magicians have a blast trying to figure out the methods.
​       Recently he did a show and lecture for the Hawaii Magicians Club and the president, Michael “Kekoa” Ericson wrote: “ We had an awesome time and laughed until we cried.” Entertainers like to be inspired and uplifted with a few laughs too.
Norm is also a best-selling children’s book author with 10 books published by Capstone Press.  You can find his books at local libraries.  He loves to present a special motivational program on reading at schools and libraries. “My passion is to encourage reading. It is so valuable to students throughout their lives. A joy of reading will make all the difference in a child’s success. Reading helps with math, science and in so many other aspects of life.”
Come to the park on Tuesday, June 28th for some magical fun for everyone.
###