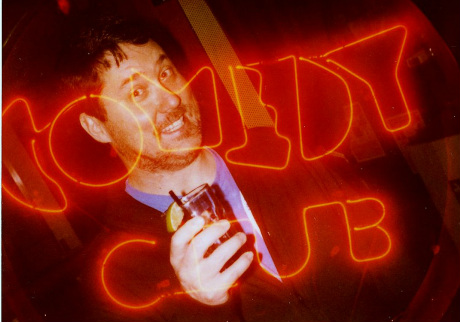 There are many great Comedy Clubs in Minnesota.

Check out some laughs this weekend with these Twin Cities Comedy Clubs.

National comedy acts are constantly touring in Minneapolis and St. Paul.  Check them out at the comedy clubs listed below.﻿﻿﻿﻿  Get some laughs into your life with a night out on the town at the premier Twin Cities Comedy Clubs.

Go ahead, laugh - its good for you!  Bring your friends and have a fun night out. Top touring comics and even wonderful Minneapolis comedians such as Louie Anderson - Coming in June!

Learn more about Comedy Clubs and Entertainment in Minneapolis, Minnesota and the Twin Cities area.
There are many excellent comedy clubs in Minneapolis and across Minnesota that will tickle your funny bone.
Get a laugh for yourself and your friends. You will be glad you did. Comedy adds fun to special occasions. Check out one of these fine Minnesota Comedy Clubs.

These clubs have national acts who have appeared on many comedy TV Shows as well as excellent local acts. Comedy is a great date night or evening out with your friends.

Here is a short list and we will add more later.

Rick Bronson's House of Comedy ﻿(952) 858-8558  ﻿
﻿408 E Broadway, Bloomington, MN
This is a great club at the Mall of America on the top floor. Bring your friends to the House of Comedy and see a hilarious national comedy act. Some of the best comedians in the world step on this stage.  Don't miss the fun.
﻿

Acme Comedy Club   (612) 338-6393
708 N 1st St G31, Minneapolis, MN 55401
Check out the dinner and show packages with Sticks Restaurant. This is a very fun comedy club and you will laugh and enjoy your evening. Acme is one of the oldest and best comedy clubs in the Twin Cities.  There are many great national comedy acts that perform here.
http://acmecomedycompany.com


Running Aces Comedy Nights 651-925-4600 ext. 0
Running Aces has a laugh filled show. They invite you to "Laugh your Ace off!"  Check the website for many comedians coming in the months ahead.
http://www.runaces.com/entertainment


ComedySportz  (612) 870-1230
﻿3001 Hennepin Ave, Minneapolis, MN 55408﻿
ComedySportz has been in the Twin Cities for years and they are a laugh riot. Improv done to a contest style approach make them a very fun ticket.  Improvisational comedy is a laugh riot.
www.comedysportztc.com

Brave New Workshop  (612) 332-6620
824 Hennepin Ave, Minneapolis, MN 55403
The Brave New Workshop is the Twin Cities oldest comedy theater. Their shows have been creating a buzz with cool political commentary and social observations for many years. Hilarious, outrageous and a great night out!  This is also the spot to see some up and coming comedians and improvisation shows.
www.bravenewworkshop.com

Live Comedy! - New Hope Cinema Grill  Comedy can be found around the corner in Hopkins with national acts appearing here.  Youwill discover some of the best comedians from across the US right here at the Cinema Grill.
﻿www.newhopecinemagrill.com

The HUGE Improv Theater - This is a very fun venue and a great cast of irregulars who grace the stage. If you want some fun - check it out! They have shows most every night of the week.   Very fun.
3037 Lyndale Ave S, Minneapolis, MN 55408
http://www.hugetheater.com

Laugh Camp  - In St. Paul, MN
Laugh Camp offers lots of laughs and great food too! Bring your friends for an evening of comic improv or professional stand up comedians.
www.camp-bar.net/laugh-camp-comedy-club

Comedy Clubs in Duluth, MN
DubhLinn Comedy Club  - the only Restaurant in Duluth with a Comedy Club.  National acts and Minnesota Comedians grace this stage with hilarious stand up comedy.
​https://dubhlinnpub.com/comedy-duluth-mn/

Courtyards of Andover Comedy Club - North metro location for hilarious stand up comedy.  Bring your friends for a dinner and show for a very reasonable rate. This is one of the Twin Cities best comedy clubs hidden away at a lovely hotel in Andover.
www.courtyardsofandover.com

Stand up Comedy is a Blast and Minneapolis has many fine comedy clubs. There are many comedy clubs scattered throughout Bloomington, Hopkins, Maplewood and across the Twin Cities area. Enjoy an evening of top touring comedians or local acts.  Many of these stages have open mic nights that are a riot.  Check each comedy club website for upcoming comedy entertainment in Minnesota.

Comedy Entertainment for your Banquet, Special Event or Corporate Party    If you need comedy entertainment brought to your holiday party or corporate event call us and we can help you find the act that will fit your group best.

You and your friends can enjoy live comedy at your banquet or special event in Minnesota and Wisconsin.  We also offer clean comedians for your company party.  Comedy that is funny not filthy is a hit for your corporate event. Please call of St. Paul office.  We also have comedy juggling acts, improv troupes and comedy ventriloquists. We can help make your office party or corporate banquet a stand out success with our entertaining magicians or other performers.
If you can't bring your office party or event to the comedy club then we can bring the comedy club entertainment right to you!  Ask about our clean comedy entertainers for that extra fun for a company banquet.

Bring Comedy & Amazing Magic to your events... Check out http://www.entertainmentmn.com/corporate-comedy--magic-in-mn.html For comedy entertainment brought right to your corporate banquets in the Twin Cities and Minnesota.  We also travel into Wisconsin, North and South Dakota and Iowa.  We have entertained at corporate conventions across the US.

Comedy Clubs across Minnesota have top notch comedy for you. Minneapolis Comedy Clubs bring a full line of national talent to the Twin Cities.

Comedy Clubs across Minnesota bring tons of laughs. Bring a group of friends to enjoy the national acts who visit Twin Cities Comedy Clubs. Also check out the local comedy acts that come to the comedy clubs across Minneapolis.  Enjoy the improv comedy troupes that are part of several clubs. You will also enjoy looking for the comedy clubs in Minnesota that have an open mic night.   It is comedy for everyone.